In a fable commonly attributed to Aesop, a jackdaw adorned himself with borrowed plumes to make himself appear more majestic than he actually was, only to be exposed by his peers. Although the fable is ancient, its moral, do not strut in borrowed plumes lest you risk being exposed, still holds true today. You do not have to live in a banana republic, in which corruption, betrayal and deception are common place, to be bribed, deceived and cheated. And if it can happen in your own circle of friends, which can have an especially painful and bitter effect, it can certainly happen on the big stage of politics. In fact, politics is a hotbed of power-hungry and egocentric personalities, who will often stop at nothing to advance their own political careers and agendas. Money changes hands, empty promises are made, shameless lies are told and power is abused, and: some people even buy their own doctor titles!

Any similarities to real people or events, whether in image or content, are purely coincidental and not deliberate! 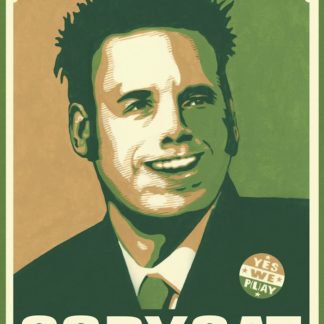